The first games have taken place at the Water Polo Arena in the Test Event for the 2012 London Olympic Games which included teams on the women's side featuring the United States, Great Britain, Hungary and Australia.

On Saturday United States just edged out Great Britain in front of a full house 7-6 and will face Australia in the finals on Sunday May 6. In the close win Team USA actually led 4-1 at the end of the first period and just following the game on twitter Great Britain was able to score three goals on man advantage opportunities and two right of the gate of the second quarter to get back in this game.

The title game between Team USA and Australia will be played at 5 a.m. ET/10 a.m. GMT.

Here is a view of the facilites via USAWP: 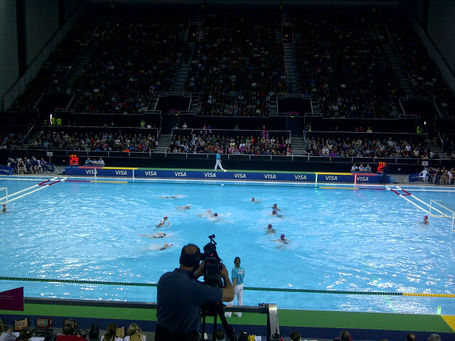