If one watched Wednesday's United States vs. Spain's women's match mentioned quite a bit about the suit grabbing which results in a foul when caught. Well, NBC showed this game live on the East and Central time zone and there was an underwater shot that revealed too much: 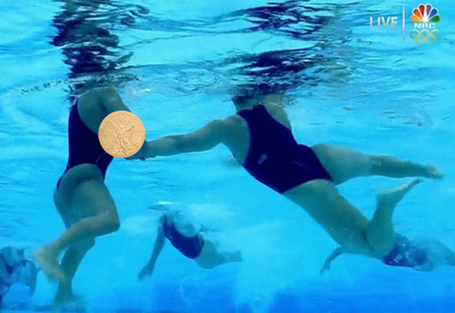 So maybe, NBC should forgo those underwater shots, because in reality this type of thing happens all the time in women's water polo where they become exposed. There was an uproar of Twitter about the exposed nipple.