The first huge tournament of the men's season is the NorCal Invitational which takes place at Palo Alto, Calif., and on the campus of Stanford. This tournament features 15 of 16 teams who are ranked -- Pomona-Pitzer is receiving votes -- with the top 12 teams in the latest CWPA Week 2 poll.

This tournament is seeded by ability, or by weekly rankings, which means that the best teams should be the one's who move on.
These games will give teams to know how good they really are, because just after one week of play it is hard to know how good teams are. Plus, it will provide some of the lower seeded teams like Air Force, Santa Clara, Concordia and others to make a name for themselves, then possibly shoot up the rankings next week.
The tournament is set up where the teams will play the winner or lose in their bracket, and from then the games will play out to all places.

USC is the favorite heading into this tournament, and they have won the past three NorCal invites, as well as the last four NCAA championships. They are 4-0 at the moment, and have not been challenged this year, and this weekend will feature a set of games to see if they really are the top team in the country.

Host team Stanford is No. 4 in the CWPA polls, and being at home gives them an advantage. They have the MPSF new comer of the year in Alex Bowen, he also was a first-team All-American. They also have two-meter standout Forrest Watkins who was second in the team with 42 goals, and was a second team All-American.

If rankings go according to plan the final four should be the top four teams in USC, UCLA, Cal and Stanford. My prediction is USC, and I will pick them until they fall as they are the overwhelming favorite this season.

Unfortunately the only way to see this tournament is to be on hand in Stanford as no web streaming is going to be offered.

Here is the schedule for the tournament (all times pacific): 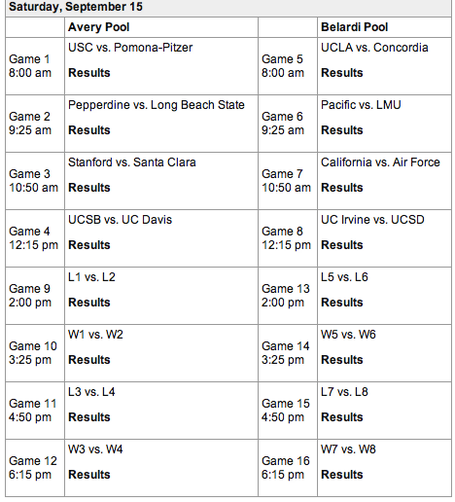 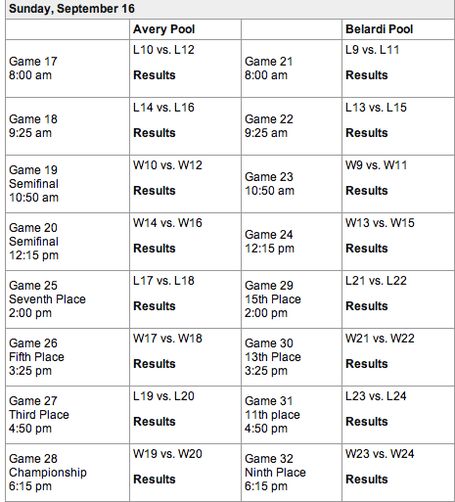